Spent one last night at the RV,/MH Hall of Fame.  We drove over the flea market in Shipshewanna, it was huge!  Really too big to see entirely in one day.  We spent as much time there as we could stand, it was hot and a lot of walking. 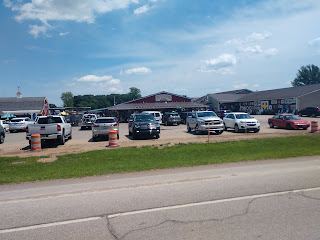 Later we stopped back at the Coachmen Class B factory in Middlebury.  Just wanted to spend a little more time there, it is an amazing place.

From there we headed north and stopped at the Gun Lake Casino.  We signed up as new members and we each received $5 free play.  We played some slot machines and cashed out $36 richer than we started.

Left there still heading north a found a Cracker Barrel to spend the night. 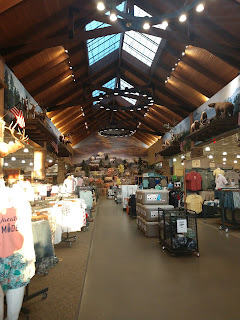